A Treatise on Sheep 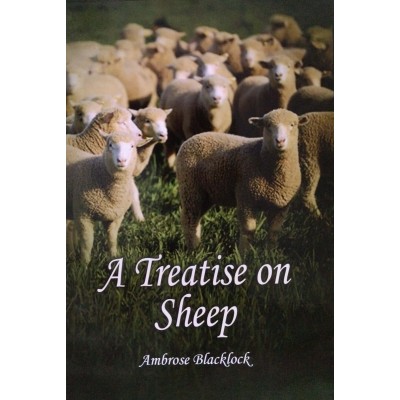 Excerpt: ...feeling quite fat, just within their fore legs, on the rib; a point in which sheep are seldom examined, from common breeds never carrying fat there. They are particularly distinguished by the lightness of the offal, the bones being one-half smaller than in some other breeds, and the meat proportionally thicker, while the pelt is thin, and the head small--a thing of some consequence in most parts of England, where that Scottish luxury, sheep-head broth, is so cordially despised. The best form for a cheviot ram is thus described by Mr Cully, in his excellent work on Live-Stock: "His head should be fine and small; his nostrils wide and expanded; his eyes prominent, and rather bold or daring; ears thin; his collar full from his breast and shoulders, but tapering gradually all the way to where the neck and head join, which should be very fine and graceful, being perfectly free from any coarse leather hanging down; the shoulders broad and full, which must at the same time join so easy to the collar forward and chine backward, as to leave not the least hollow in either place; the mutton upon his arm or fore-thigh must come quite to the knee; his legs upright, with a clean fine bone, being equally clear from superfluous skin and coarse hairy wool from the knee and hough downwards; the breast broad and well forward, which will keep his forelegs at a proper wideness; his girth or chest full and deep, and instead of a hollow behind the shoulders, that part by some called the fore-flank, should be quite full; the back and loins broad, flat, and straight, from which the ribs must rise in a fine circular arch; his belly straight; the quarters long and full, with the mutton quite down to the hough, which should neither stand in nor out; his twist deep, wide and full, which, with the broad breast, will keep his four legs open and upright; the whole body covered with a thin pelt, and that with bright soft wool. The nearer any breed comes up to the above